Ann-Marie Caulker is a leading advocate against female genital mutilation (FGM) in Sierra Leone. She is the founder and Executive Director of the National Movement for Emancipation and Progress, a coalition campaigning against harmful traditional practices like FGM. Ann-Marie became passionate about stopping FGM as an adult, because she was forced to undergo the brutal tradition at 6 years old. Born to a polygamous father in Sierra Leone, her mother died when she was only two, and she was not treated well by her stepmothers. They insisted she submit to FGM and threatened her when she tried to run away. They eventually held her down and cut her. After this, Ann-Marie went to live with her grandmother as her father no longer wanted to care for her. When her grandmother died, Ann-Marie was forced to live on the streets and during this time, she was raped and became pregnant. Her son died shortly after birth. Despite her extreme struggles, there was a light within Ann-Marie and she completed her education, enrolled in college level courses and made sure her sister and brother stayed in school. Today Ann-Marie dedicates her life to protecting young girls from having to suffer as she did. She started Freetown School to provide refuge to girls who were abandoned by their families for refusing to undergo FGM and for orphans whose mothers died in childbirth as a result of FGM. Because of the school’s stance on FGM, they receive no government support, but Ann-Marie is committed to ensuring that her students get an education and are protected from FGM.

Hawa Tarawally is a leading activist and advocate for the rights of women and girls focusing on the harmful practice of Female Genital Mutilation/cutting (FGM/c) and child marriage. She is the founder and Executive Director of the Every Step Counts Foundation, an organization that educates and empowers women and girls about their fundamental human rights. It used education as a tool to teach about STD’S and STI’S, FGM/C, and good citizenship and leadership. Hawa is also a board member and a leading youth advocate at KaWDA which is an NGO, operating out of Freetown, the capital of Sierra Leone. She became passionate about women’s empowerment as a child. Growing up, she had experienced the bitter challenges women face in her community. At age 2, her mother, who was a lifelong activist, was killed during the 11-year civil war in Sierra Leone. At age 9, all her peers were initiated into FGM/c. At age 10, most of them were married off to older men. At 15, Hawa was forcefully initiated into FGM. As an adult, she uses her own experience of FGM/C to campaign against it in other to prevent it from happening to vulnerable women and girls throughout the world and Sierra Leone in particular.. From age 10 to date, Hawa has been tirelessly advocating to make the world a better place free from all forms of abuse, inequalities and to end Female Genital Mutilation in this generation.

Ingrid C. Askew Is the Founder and Executive Director of Crossing the Waters Institute for Cultural Exchange, an organization created to develop exchange programs between the U.S. and the African Diaspora; Ingrid is committed to working with people who have been living on the fringes of society by helping them realize their full potential and beauty through the healing arts. Her work has always been inspired by the goal of bringing people of diverse backgrounds together to build community and work for social change. Ingrid lived for 10 years in Cape Town South Africa where she worked with Refugee women and children and created the Womanspirit Project to assist women and girls in the healing of post-traumatic stress disorder brought on by war, domestic violence, and rape, loss of family, desertion and displacement from their homelands; giving the women a safe space to heal emotionally and spiritually from the ravages of war and personal violence. It is the intention to partner the Womanspirit Project with KaWDA in the very near future.

Kristen Elechko serves as a consultant for Imagine Philanthropy.  . For more than 15 years, Kristen worked in product management and development, sales and marketing with The North Face, Marmot, Eastern Mountain Sports. Kristen is a leader, philanthropist, athlete, strategist, diplomat and leading-edge feminist who is passionate about women’s leadership, human rights, and social justice. For the past two years, Kristen has managed the development of presentations and follow-up reports, in-depth surveys, client support work and detailed administrative work for Imagine Philanthropy. She has served as the Interim Director of the Leadership Institute for Political and Public Impact (LIPPI), developing civic leadership skills for cohorts of women through the Women’s Fund of Western Massachusetts, as well as serving as the Assistant to Strategic Grantmaking. She brings a strong business acumen, a creative mind developed by experience with global marketing, the capability of taking something from the spark of an idea to a finished product and the tenacity to pull it all together with heart, soul and a zest for life.  Kristen holds a Bachelor in Arts from Mount Holyoke College and Masters in Nonprofit Management from Regis University. She is also a graduate of the Leadership Institute for Political and Public Impact through the Women’s Fund of Western Massachusetts.

Marina Goldman first travelled to Sierra Leone as a Peace Corps Volunteer in 1982. She returned to her village, Kania in the Koinedugu district after the war, with her teenage sons. She has worked in Sierra Leone with NarSarah Clinic, Foundation for West Africa, and IBIS Global Education for Development. While working with SEED in Kabala she asked the medical officers and midwifes what they needed most and the answer was surgeons. She connected with International Surgical Health Initiative (ISHI global) and has accompanied a surgical team to Kabala Hospital annually since 2009 where her jobs include finding fuel for the generator and hand- pumping oxygen when the electricity goes out. She worked with Sierra Leonean Kate Kendel to help distribute her film Secret Pain (about female genital mutilation/FGM) and that brought her together with Ann Marie Caulker, founder of KaWDA, who was also working to end FGM.  Marina is motivated by the desire to create social change and gender equality both in the developing world and at home and a desire to work with others who are passionate about human rights and social justice. Marina is continually inspired by Ann Marie Caulker’s ability to carry on in the face of adversity. She is particularly enthused to be working with her son on the For Goodness Sake! Campaign watching him evolve into a humanitarian and fundraiser in his own right. Marina maintains a deep connection to her extended family in Sierra Leone.  KaWDA and For Goodness’ Sake! Campaign is just one part of her continuing commitment to the people of Sierra Leone. Marina is a Women’s Health Nurse Practitioner, having spent most of her career in primary care and women’s health issues she is now working in addictions medicine. She is also an actor, writer, educator and film producer. She lives in Western Massachusetts with her entrepreneurial fish farming husband Josh and their two adult sons.

Noah G. Goldman Travelled to Sierra Leone with his mother, Marina Goldman in 2007-2008 where he was reunited with his global family, some of whom still call themselves ‘Goldman’. Upon return he felt compelled to share as much of the beautiful experience of unity and hope as possible, while still conveying the intense profundity of his revelation that he could easily have been born there in another life and may not have survived the catastrophic tragedy of the blood diamond war. He compiled an assortment of photos he had taken on the journey and was able to get them on display at the Henion Bakery in Amherst, Ma as well as a Black History Month exhibit at Greenfield Community College that was extended throughout the year. He graduated GCC Honors Program with an Associates Degree in Liberal Arts in 2011 and has worked with SageFox Consulting Group where he was initially employed translating and transcribing Krio, the most widely used Sierra Leonean dialect, and then went on to data processing with a team working on ongoing program analysis for the National Science Foundation(NSF) Scholarships in Science Technology Engineering and Mathematics(S-STEM) as well as such global Non-Profit Organizations as Winrock International and World Education, Inc. Recently he founded Wurqah Design, a web design and development company dedicated to community action, sustainable economics and establishing organizations and small businesses in the digital realm to increase their effectiveness and productivity. He is pleased to be the technical administrator of both Kawda’s Blog and their Website.

Susan C. Lowery, MD is a retired Family Practice physician who spent most of her career in private practice in western New England. Since her retirement, she has worked in various non-profits as a volunteer board member, and was intimately involved in starting the free medical clinic at the Amherst Survival Center in 2008.Her interest in international health and working with underserved communities has been an essential part of her being for as long as she can remember.She is honored to be a participant in supporting KaWDA in its endeavors on behalf of women and children in West Africa, and is thrilled to be a member of such a talented Board.

Leigh Rae is passionate about empowering women and girls, who continue to suffer physical, emotional, and economic injustices that are deeply entrenched in many communities across the globe. In addition to her involvement in KaWDA, Leigh serves as a member of the Grants and Finance Committees for the Women’s Fund of Western Massachusetts and as a member Board of Directors for Greenfield Community College. Leigh has nearly 30 years of professional experience, working in both the non-profit and for profit sectors. Her expertise includes organizational and financial management, leadership, fundraising, communications, and real estate investment activities. Leigh holds a master’s degree from the Massachusetts Institute of Technology’s Center for Real Estate and a Bachelor of Arts degree from Hamilton College. Leigh lives in Montague, Massachusetts with her husband, a freelance photographer who works internationally for a variety of social causes. She is mother, a gardener, and great admirer of nature. 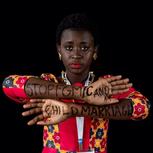